FitzGraham students competing at a regional dance festival in Bristol

They competed in a variety of dance genres including: ballet, modern & lyrical including solo dances, duets & trios.

A 25 strong team of FitzGraham Academy of students spent their half term week competing at a regional dance festival in Bristol, the Kingswood Eisteddfod. They competed in a variety of dance genres including: ballet, modern & lyrical including solo dances, duets & trios.

Our students work tirelessly week after week on their dances and this culminated in huge successes at this eisteddfod. The FitzGraham team came away with an amazing 5 trophies, 7 gold medals, 10 silver medals and 7 bronze medals,

The students who came away with medals are as follows:

A notable achievement was in the aged 7-8 classical ballet solo class where FitzGraham Academy of Dance students won gold, silver, bronze & fourth place which was a huge thrill for us all!

Wendy Graham & Rebecca Petty-Fitzmaurice, the co-principals of the dance academy have said "they are utterly amazed by the commitment, dedication and skill that their dancers show and are always blown away by their performances on the stage. We could not be more proud!" 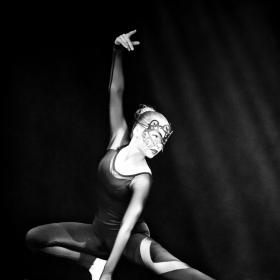